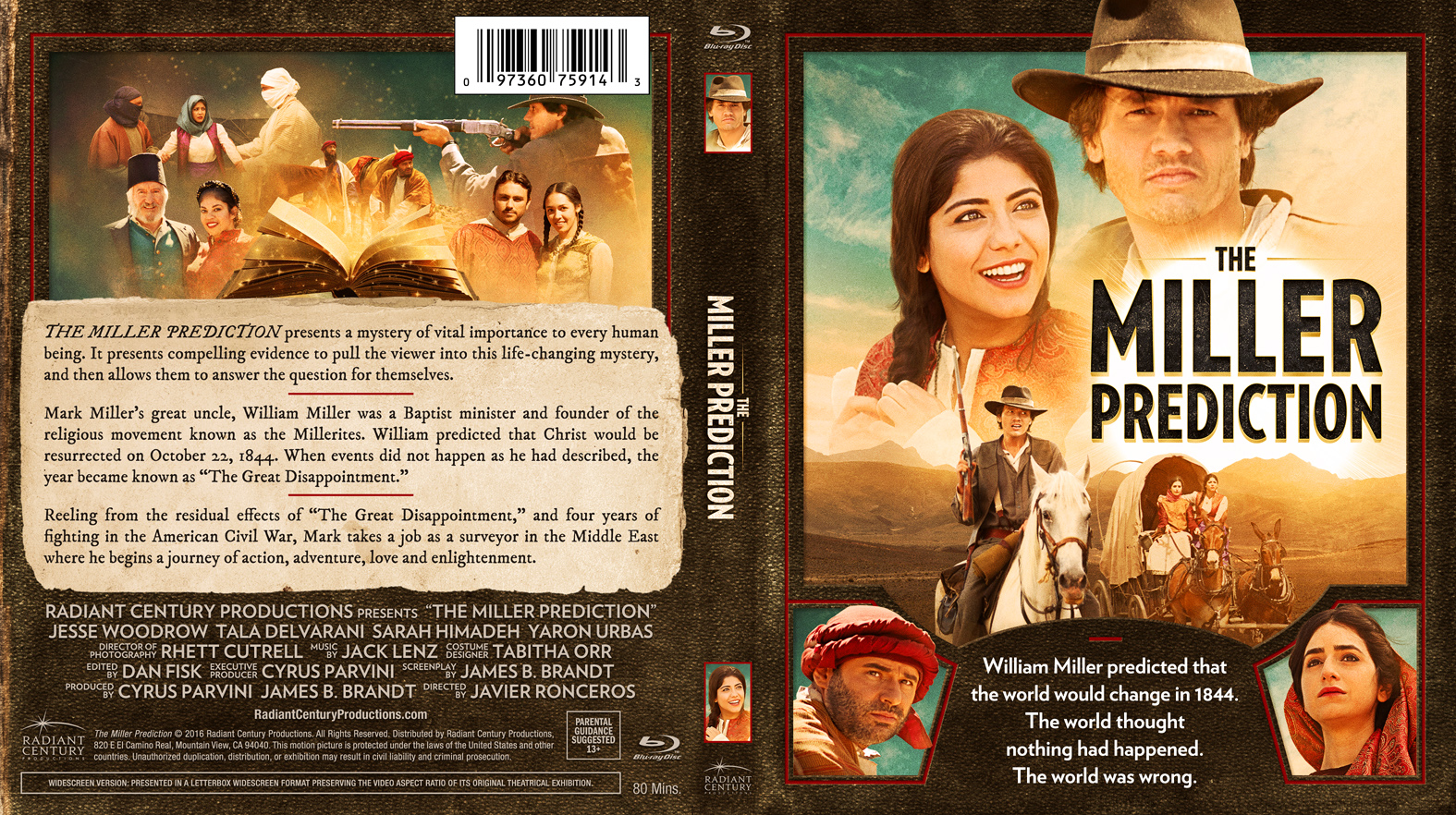 Tagline: William Miller was right: the world ended in 1844

Logline: An American veteran travels to the Middle East searching for peace after suffering the horrors of the Civil War and the ridicule of his peers over his “crazy Uncle William’s prediction” that the world would end in 1844.  What he finds helps him solve a mystery that plagued his family and solves a mystery that had baffled scholars for centuries.

Synopsis: Civil War Veteran MARK MILLER, 32, is torn with what he saw in the War and with personal issues related to his Great Uncle William Miller’s well publicized belief that the world should have ended in 1844.  After the War he travels to the Middle East with his horse, BUDDY, working for foreign companies while seeking understanding and inner peace.

The Miller Prediction is a work of fiction.  However, Rev. William Miller was real and he did predict the return of Christ in 1844.  At that time, in Persia, followers of Baha’u’llah were persecuted because of their belief that the spirit of Christ had indeed returned to the world.  How the story of Baha’u’llah fits the Miller Prediction is unexplainable through logic alone and form the basis of an inspiring – and chilling – story of truly Biblical proportions.

Cyrus Parvini is a Persian American, a business graduate, and an entrepreneur. He established his company, Radiant Century Productions, in Los Angeles, California in 1985. His first documentary was released and broadcast in 1986. His 30 minute documentary, The Promise of World Peace- A Baha’i Perspective, was released in 2006, screened at the International Film Festival in Zurich, Switzerland and was subsequently distributed in many countries in various languages. His recently produced feature film THE MILLER PREDICTION has received awards and nominations from five international film festivals in Los Angeles, Madrid, Berlin, Milan, and London. It is now available for distribution worldwide.